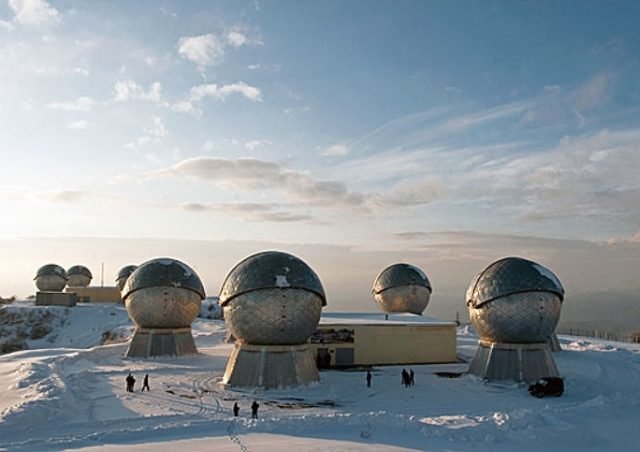 On July 8, a high-ranking Taliban delegation came to Moscow and held talks with Zamir Kabulov, a former ambassador to Kabul, the Kremlin’s special envoy on Afghanistan and a department chief in the Ministry of Foreign Affairs. Apparently, the Taliban representatives hoped to meet Russian Foreign Minister Sergei Lavrov, but that did not happen. The visit had a distinctly absurdist flavor since, as of 2003, the Taliban is officially designated a “terrorist organization forbidden in Russia.” During the second Chechen war, in 1999–2000 the Islamic Emirate of Afghanistan (Taliban-controlled) provided the Chechen rebels with money and weapons; and in 2000, the Taliban authorities in Kabul officially recognized Chechnya’s independence from Russia. Moscow, in turn, supported the United States’ 2001 invasion of Afghanistan, which ousted the Taliban from the capital. Today, history has gone full circle: The US is withdrawing, the Taliban has announced it is restoring the Islamic Emirate, and Moscow seems sympathetic. The Taliban has asked Moscow to discontinue sanctions against the group and help remove it from the United Nations Security Council terrorist list. The request has not been officially granted, though Kabulov told journalists that would be a logical step to take (Znak, July 12).

Russia’s Ambassador Kabulov has long been promoting the notion that the Taliban is destined to retake control of Afghanistan, and he had routinely predicted that the US-led coalition and the Afghan government in Kabul would fail. According to Kabulov, Moscow must stick with the winners—the Taliban—and ditch the losing US as well as the Kabul government it installed. Today, Kabulov brims with smugness: “We figured this situation long ago and began contacts with the Taliban some seven years ago. At the time, there was a network of US bases in the region projecting power onto the entirety of Central Asia, and now they are all gone,” Kabulov smirked in an interview with RIA Novosti. “If seven years ago we continued to attack the Taliban like the failed Westerners instead of building bridges to spell out our concerns and interests, we would have landed in the same deep trouble as those US and other Western letdowns. Now, we can speak to any force in Afghanistan, while they cannot,” he asserted (RIA Novosti, July 14).

Moscow, Kabulov contended, is glad to see the US and its allies out of Afghanistan and wants Kabul’s central government to follow. Kabulov and Lavrov have accused the Afghan authorities of sabotaging intra-Afghan talks instead of negotiating in good faith an orderly transfer of power to the resurging Emirate (RIA Novosti, July 14). Lavrov has stated that Moscow finds unacceptable the redeployment of some elements of US forces to former Soviet Central Asian republics, known collectively as “the stans,” to potentially project airpower support into Afghanistan to keep the Taliban in check. Moscow’s top diplomat accused Washington of simply using this as a pretext to extend its military influence into a region that Russia has always seen as its backyard (Militarynews.ru, July 12).

The Taliban has reached out to Moscow, Tehran and Beijing with basically the same message: There will be no spillover of Islamist radicalism or terrorism into Central Asian states. The militant group is intent on rebuilding the Islamic Emirate of Afghanistan, but only on Afghan territory, and this Emirate will be a peaceful civilized state. The Taliban will continue to fight Islamic State extremists and “will not allow anyone to use Afghan territory to attack Russia or neighboring countries.” Moreover, the group pledges it will guarantee the security of foreign diplomatic and consular missions in Afghanistan (Kommersant, July 10).

It seems the Taliban is telling surrounding governments in the region whatever they want to hear, such as assuring the Chinese that the group will suppress Uygur Islamist fighters present in Afghanistan and will not allow them to infiltrate the People’s Republic’s borders (see EDM, July 13). But will the Taliban’s political leadership ultimately be able or willing to fulfill such promises?

Russia has a multitude of vital interests throughout former Soviet Central Asia. In Tajikistan, for example, high in the mountains overlooking the Vakhsh River valley, located at 2,216 meters (7,270 feet) above sea level, is the unique Okno-M space surveillance station of the Russian Space Forces’ System of Space Control (Systema Controlya Kosmycheskogo Prostanstva—SKKP). Okno-M tracks man-made space objects, including orbital debris, at distances of up to 50,000 kilometers. Construction began in 1980, in Soviet Tajikistan’s Sanglok Range of the Pamir Mountains—an area with clear night skies. The highly secretive facility uses an array of telescopes and passive nighttime electronic sensors to track space objects. Unofficially, during the Cold War, some in the West claimed that Okno-M might also be capable of shooting enemy satellites out of orbit using powerful lasers. Russia has spent the equivalent of billions of US dollars on building this space surveillance station; and it continues to invest more. The latest modernization of the system was reportedly concluded in May 2021 (TASS, May 8). Okno-M is less than a 100 kilometers from the Afghan border. And although it is not Russia’s only SKKP facility, it is its main asset of this type; if compromised or disabled by an Islamist insurgency or terrorist attack, the loss of Okno-M would devastate Russian capabilities to control space militarily as well as Moscow’s entire space program—in addition to potentially undermining its nuclear deterrent. Further north from Tajikistan, mostly in Kazakhstan, Russia has other strategically important assets, the damage to which, or loss of access due to possible Islamist terrorist activities, could handicap the Russian military.

As far as Moscow is concerned, former Soviet Central Asia is, in many respects, Russia’s soft underbelly. Kabulov and the foreign ministry may be enthusiastic about making deals with the Taliban, but the Russian military believes it is prudent to prepare for the worst-case scenario. Russia has an armored (motorized-rifle) reinforced division in Tajikistan, known as the 201st military base. It is now being mobilized together with Tajikistani forces (Ura.news, July 14). But will that be sufficient to quell a possible infiltration of dedicated fighters should the Taliban prove unable or unwilling to keep the border secure? In Central Asia, the Islamic State and similar militant groups could employ relatively modest capabilities to score a strategic blow they may not have fathomed previously.