A resource update has been completed for the Montney acreage in British Columbia and a reserves evaluation for subsidiary Blackspur Oil Corp encompassing the Brooks and Thorsby projects in Alberta.

Calima Energy Ltd (ASX:CE1) continues to be highly encouraged by progress at its oil and gas assets in western Canada with a resource update completed for the Montney acreage and a reserves evaluation for subsidiary Blackspur Oil Corp encompassing the Brooks and Thorsby projects.

Also supporting the company’s confidence has been a ramping up of activity in the vicinity of Calima’s land at Montney in British Columbia with very encouraging results.

A slightly higher 213.3 MMCFG & 10.1 million barrels of light oil and natural gas liquids compared to 2020’s 212.8 MMCFG & 10.8 MMBO of Contingent Resources is continuing to be defined as Development Pending.

This reconfirms that a significant portion of Calima’s Montney acreage is development-ready subject only to securing the necessary funding to construct a tie-in pipeline.

Once the company secures funding then according to the reporting standards these Development Pending resources could be classified as 2P reserves.

Other highlights of the Montney resource report are:

The estimated quantities of hydrocarbons that may potentially be recovered by the application of a future development project relate to undiscovered accumulations.

These estimates have both an associated risk of discovery and a risk of development. Further exploration appraisal is required to determine the existence of a significant quantity of potentially moveable hydrocarbons. 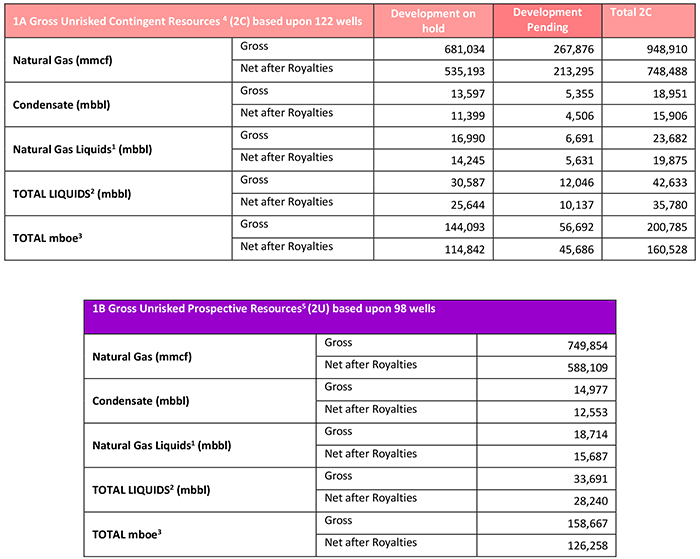 At Brooks and Thorsby in Alberta, InSite Petroleum Consultants Ltd has completed its reserves evaluation as at December 31, 2021, for Calima’s wholly-owned subsidiary Blackspur Oil Corp.

Blackspur estimates that approximately 228 net wells will develop the entire reserve position on its existing lands >5 years out.

Around 90% of undeveloped Brooks and Thorsby acreage has no reserves booked currently, representing significant upside to the existing report.

The development plan in the December 31, 2021, Reserve Report consists of 60 (gross) wells to be drilled over five years.

Rig and gross well count for each year.

As at December 31, 2021, the 2022 development program includes 13 wells to be drilled including, three Thorsby Sparky wells, four Brooks Sunburst wells and six Brooks Glauconite wells (two are now drilled as part of the Pisces campaign).

Blackspur’s working interest in each well dictates the reserves the company can book during the well’s productive life. On a net well count for the proved reserve category, Blackspur has a ~92% interest in the proved undeveloped wells in the December 31, 2021, development plan for 2022.

As at December 31, 2021, Blackspur held the rights to ~110,500 net acres within the Brooks and Thorsby areas. The company operates 67.6 net wells developing approximately 8,700 net acres of this position.

The year-end reserve development schedule encompasses development of a modest portion of the total acreage position that Blackspur holds. Based on the existing leasehold position, including the acreage associated with the existing producing wells, Blackspur estimates a total of approximately 228 (net) wells will develop the entire reserve position.

The total December 31, 2021, development schedule corresponds to 60 future wells, or 24% of the wells necessary to develop the entire acreage position. Approximately 90% of the undeveloped Brooks and Thorsby acreage does not have reserves booked, representing significant upside. 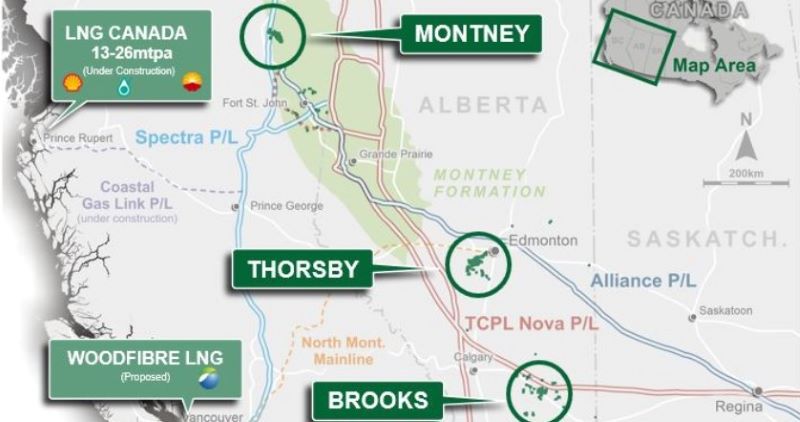 Progress on the pipeline infrastructure at Brooks is ahead of expectations and is nearly complete and trending to come in under budget.

Exceptional construction efficiencies have been achieved through detailed project management by the engineering team, construction crews and field staff.

Gemini #5, #6 and #7 and Pisces #3 have all been completed and are now tied into the pipeline and producing.

The final section of the pipeline which connects existing producing wells in an area that currently has fluid volumes trucked to 02-29 battery, will be connected and flowing into the battery by early April 2022.

This pipeline will significantly reduce operating costs and will add several significant ESG benefits, including the elimination of flaring of new wells during initial production testing.

Most importantly, it will eliminate trucked volumes of emulsion from existing, newly drilled, and future wells that are or will be connected to the 2-29 battery via the new pipeline. Reducing trucking improves the company’s safety and spill prevention profile and ESG score.