If you would like to receive Africa Brief in your inbox every Wednesday, please sign up here.

As oil and gas prices surge following sanctions against Russia, Africa may be well-positioned to become a global energy production hub. But a large majority of African countries are feeling the economic pain as net importers. This has prompted governments to begin accelerating oil and gas exploration.

One of the biggest oil and gas discoveries on the continent was made last month by TotalEnergies and Shell off the coast of Namibia. It is thought the offshore deposits could hold about 3 billion barrels of oil in total and provide an estimated $3.5 billion annually in royalties and taxes for the Namibian government.

But Namibia’s energy ambitions clash with a global export market that is increasingly opposed to fossil fuel investments. In neighboring South Africa, legal action led to a temporary blocking of seismic hydrocarbon searches while activists lobbied against an East African crude oil pipeline that will run from oil fields in Uganda to a port in Tanzania.

Community pushback. However, the most controversial development is in the northeastern Okavango Basin, where Canadian firm ReconAfrica is in conflict with local communities that say they were not adequately consulted about exploratory drilling—claiming environmental damage.

In a response, ReconAfrica said it follows international best practices. “For us, the climate crisis is already happening,” said Namibian activist Ina-Maria Shikongo of Fridays For Future Windhoek. “Our rainy seasons have shifted and so our growing seasons have become shorter.”

Africa, which contributes the least to global greenhouse gas emissions, is the continent worst affected by climate change. “We need to focus on climate adaptation and not having polluters in the mix,” Shikongo said.

“Everywhere, there are minerals; there are wars,” Shikongo said, particularly when communities remain impoverished. Namibians hope that their government learns from the experience of Africa’s biggest oil producer, Nigeria, and ensures the entire population benefits rather than a small elite.

One of the ways the government can do that is to require open contracting, suggests Graham Hopwood, executive director of the Institute for Public Policy Research based in Windhoek, Namibia. The country could also adopt some of the new measures introduced by South Africa, where new mining rights applicants must have a minimum of 30 percent Black Economic Empowerment (BEE) shareholders, suggests Kennedy Chege, a researcher and doctoral candidate at the University of Cape Town.

Difficult negotiations. The Namibian government is keenly aware of the challenge ahead. One of the youngest countries on the continent, it also has one of the most unequal wealth distributions in Africa—second only to neighboring South Africa using the Gini ratio as a measure of inequality. Around 70 percent of Namibia’s farmland is owned by white people; Namibia’s government only owns a 10 percent stake in projects involving the country’s natural resources.

Namibian President Hage Geingob, who sees himself as a “unifier,” has often promised in his party’s manifesto a more transparent Namibia centered on delivering opportunities for citizens.

“We have gold and diamonds. We don’t see a big difference. It still goes outside in raw form: Its value is added outside, jobs are created outside, and technology transferred,” Geingob said in an interview about the discoveries. “There must be some kind of value addition in the country. That is the only way you can say there will be more jobs created … and money will stay in the country.”

Economic blueprint. Experts are quietly confident that explorations will greatly transform the country’s economic future. “Sixty percent of the revenue will come back to Namibia through taxes and royalties,” Chege told Foreign Policy. Namibian Energy Minister Tom Alweendo has hailed the discoveries a “great period for the people of Namibia.”

Now, the country’s ruling South West Africa People’s Organisation must learn from the failures of other petrostates and draft sensible policies around the management of oil wealth and on safeguarding environmental health. “We still have hope that we could be a role model and a good example for the rest of Africa,” Hopwood said.

Tuesday, March 29: The U.N. Security Council holds a briefing on the U.N. mission in the Democratic Republic of the Congo. 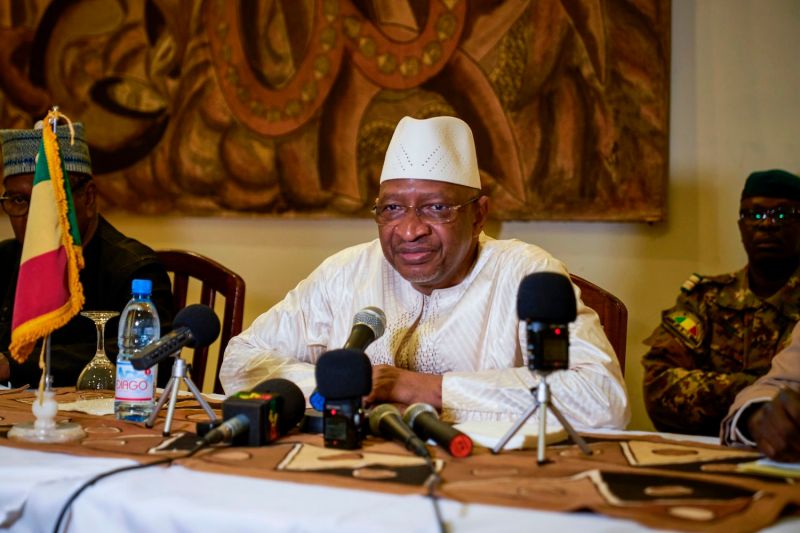 Mali’s ex-PM dies. Mali’s former prime minister Soumeylou Boubèye Maïga, arrested last year by Mali’s ruling junta over corruption allegations, died on Monday of an undisclosed illness at a hospital. Maïga had been detained since August 2021 following a military coup in May that year.

The news came a day after former Nigerian President Goodluck Jonathan ended a two-day visit to Mali without any agreement on a date for democratic elections. As Maïga’s health deteriorated, his family reportedly unsuccessfully pushed for him to be allowed to travel abroad for medical treatment.

Niger’s president, Mohamed Bazoum, reacted in a tweet, saying his death under arrest was similar to an assassination. “I thought that such assassinations belonged to another era,” Bazoum wrote. As previously covered in Foreign Policy, Mali’s military intends to stay in power entirely undeterred by regional and Western ostracism.

Israel-Egypt-UAE talks. Egyptian President Abdel Fattah al-Sisi hosted talks with Israeli Prime Minister Naftali Bennett and Sheikh Mohammed bin Zayed Al Nahyan, the crown prince of Abu Dhabi, on Monday, in an effort to forge a coalition that could stand against Iran “and send an important message to Washington.”

According to Israeli media outlets, the three leaders held discussions over the consequences of the Ukraine war amid reports that the United States will soon return to the 2015 nuclear deal with Tehran, which Israel opposes.

Algeria-Spain tensions. Algeria recalled its ambassador to Spain in protest after Madrid shifted from a position of neutrality on the disputed territory of the Western Sahara. Spanish foreign minister José Manuel Albares backed a 2007 proposal by Morocco to offer the Western Sahara autonomy under Moroccan sovereignty.

Relations between Algeria and Morocco have broken down over the region, which Rabat claims as its own territory, governing most of the area since Spain withdrew in 1975. But Algeria hosts and supports the Polisario Front, the Sahrawi group that seeks self-determination for the region. Algiers is Spain’s largest natural gas supplier, and the decision could prove costly for Madrid at a time of unprecedented price volatility in the energy market.

However, the Biden administration insisted the region will continue to be treated under the framework of a “single Somalia…