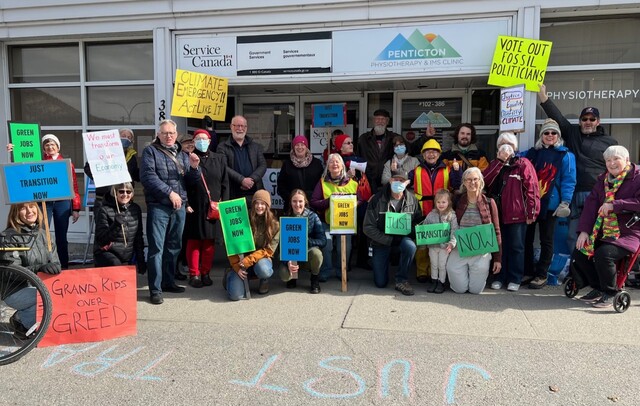 A small but mighty group of climate rally activists came out to the Service Canada building in Penticton on Saturday morning to call out unfulfilled climate change promises from the government.

“The main message is that we know the climate emergency is here. We need parliament to pass bold legislation that accelerates a transition to 100 per cent renewable energy while creating millions of good green jobs,” organizer Kerry Mewhort shared.

“We feel that it’s time to move past the consultations and actually get some work done on this.”

The rally also calls for a wealth tax of 1 per cent on earnings over $10 million a year, which would be put towards funding to develop meaningful and respectful consultation with First Nations, Inuit and Metis people.

Around 30 people came out to the rally, accompanied by South Okanagan — West Kootenay MP Richard Cannings, who has long been a voice pushing for climate change action in parliament.

“We were really pleased with the with the outcome or the turnout,” Mewhort said, adding that she was touched when one young girl spoke bravely into the microphone “We need to save the world”. 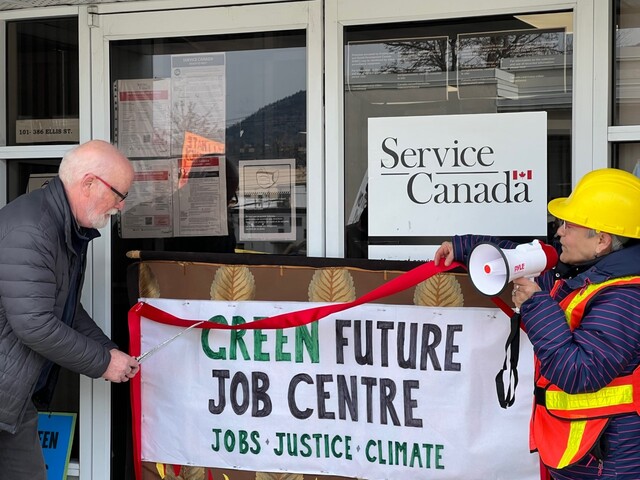 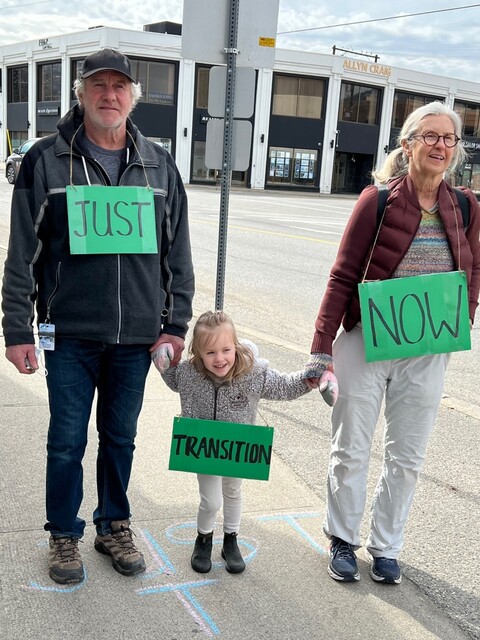