How do you train for the Olympics while stuck in an apartment by yourself?

That was the challenge facing judoka Kinaua Biribo from the Pacific nation of Kiribati while preparing for the Tokyo Games.

Stranded abroad because of the pandemic – first in Japan, then Russia and Hungary – her coach has had to guide her judo workouts via Zoom.

“Right now, I don’t have anyone to train with,” Biribo said, speaking to the ABC from her apartment in Budapest.

She is due to catch a flight to Japan later today.

“It’s really hard for me because in this kind of sport you do need someone to play with.”

Biribo is new to judo, having only picked up the sport two years ago. She is the first person from Kiribati to compete in the martial art at the Olympics.

While waiting for her second vaccination dose, she has been unable to head to the gym and packs a suitcase filled with books to use as weights instead.

“It’s a big challenge for me being away from family,” Biribo said.

“I’m not gonna quit … especially to prove to the women back home that they can do anything.”

Biribo is one of the lucky ones.

Kiribati has decided to only send athletes who have been overseas throughout the pandemic to this year’s Olympics, amid fears its competitors might bring the COVID-19 virus back home.

Tenoa Betene, the secretary-general of the i-Kiribati National Olympic Committee, said COVID-19 has presented a major hurdle for their national team.

“It’s been very hard for us in Kiribati because of the pandemic,” Mr Betene said.

“For us to arrange travel and these kind of logistics, it’s really a headache.”

More than 11,000 athletes will compete at the Olympic Games in Tokyo – approximately the same number of people expected when the Games were postponed because of the pandemic.

To Tokyo, despite the odds 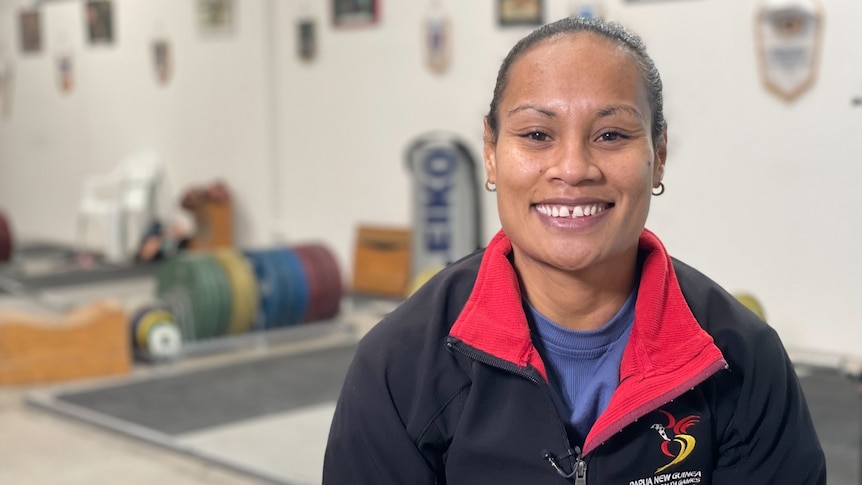 The International Olympic Committee has announced an aid package of up to $USD150 million ($201 million) to address the impacts of COVID-19 and enable participating organisations to “continue their sports, their activities and their support to their athletes”.

But with concerns about the COVID-19 pandemic’s impact on developing countries, there are fears the gap between richer and poorer nations will be even wider at this year’s Games.

Samoa has withdrawn its three-member weightlifting team from the Olympics because all of them are based in Samoa and the government is concerned about the spread of COVID-19 in Japan.

Eight Samoan athletes who are based overseas will still compete.

Tonga will send six competitors – most of whom are based overseas.

Due to new COVID restrictions in Asia, members of Fiji’s Olympic team were forced to make last-minute plans.

According to the Associated Press, 51 Fijian athletes and officials arrived in Tokyo on a freight flight that was also hauling frozen fish.

‘Weirdest preparation’ ahead of Games

Athletes from richer and more populous nations tend to do better at the Olympics, with the top of the medal tally board at the 2016 Rio de Janeiro Games dominated by high-income countries.

In contrast, Pacific nations have won only a handful of Olympic medals and most countries do not have the resources to dedicate to national sports teams or specialised training facilities.

Instead, Pacific athletes rely on support from countries like Australia, New Zealand and France to qualify for international tournaments or access elite facilities.

But the COVID-19 pandemic has made travel to these countries over the past year incredibly difficult, forcing some Olympic hopefuls to train in rudimentary domestic centres.

Cheyenne Rova, a physical and health education teacher from Fiji who will be competing in freestyle at the Olympics, has been training in her backyard pool to overcome lockdowns and a growing COVID-19 outbreak in her home country.

“This has been the weirdest preparation in swimming that I’ve ever had,” Rova said.

She said Olympic swimmers in the United States, Australia and other “bigger countries” had access to more tailored support, including dedicated sports psychologists and physiotherapists not available in Fiji.

Rova, along with more than 100 Olympic and Paralympic athletes from the Pacific, has received support from the Australian government in preparation for Tokyo.

She has recently been able to train in Sydney through the initiative, which has also helped other Pacific athletes coordinate their Olympic training and qualification schedules over the past month.

Mr Betene from Kiribati said the support was integral for the Pacific Olympians since many of them would have struggled to attend qualifying matches otherwise.

“The pandemic is really having a toll on our athletes,” Mr Betene said.

“Sometimes it’s getting to the point where we have to chat with them just to keep their morale up because they have been so isolated.”

But he said despite the challenges, he is glad that Kiribati can send a small cohort of three athletes to Tokyo.

“The priority now is the athletes, nothing more, nothing less,” Mr Betene said.

“With this pandemic, we come together to make sure that we support each other through this dark time. We just want to be there.”