Prime Minister Fumio Kishida on Sunday asked ruling party lawmakers to unite as one to clinch a victory in the upcoming House of Councillors election and ensure a stable coalition government as Japan confronts “history-making” challenges such as COVID-19 and Russia’s invasion of Ukraine.

Kishida, who spoke as president of the Liberal Democratic Party at its convention, underscored the importance of its coalition with its junior partner Komeito, dismissing an emerging view that their relationship has become awkward over cooperation in the election, possibly in July. 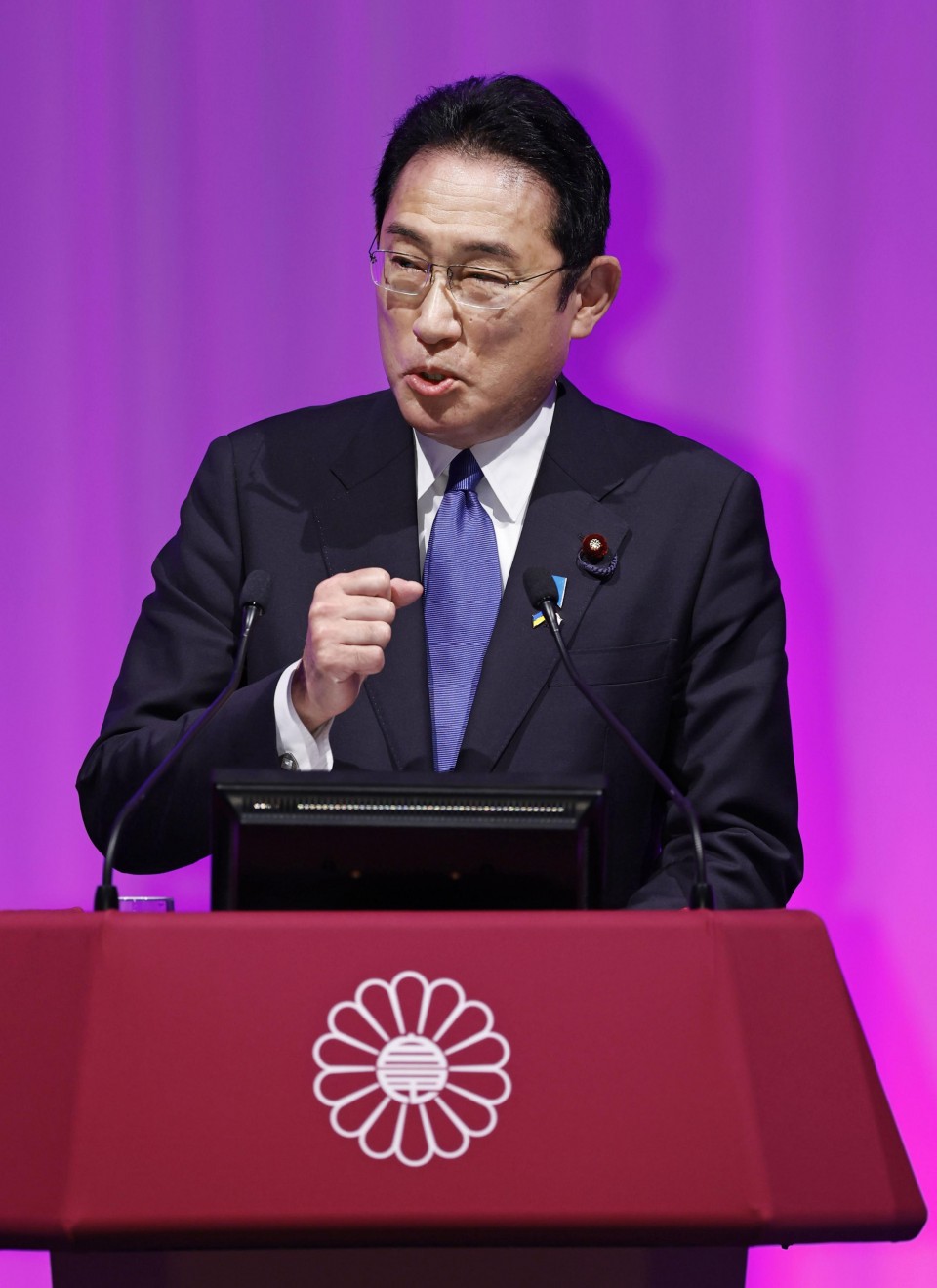 Japanese Prime Minister Fumio Kishida delivers a speech during the 89th regular meeting of the ruling Liberal Democratic Party, led by him, at a hotel in Tokyo on March 13, 2022. (Kyodo) ==Kyodo

“Is there any other option than LDP-Komeito that can be entrusted with governing the country when we face history-making challenges? I don’t think so,” Kishida told the convention.

“At times, upper house elections have triggered a big political change. Let us unite as one and secure a victory,” said Kishida, who was elected LDP president last September.

The party head vowed to bolster Japan’s defense and push for the LDP’s goal of revising the Constitution, condemning Russia’s “reckless” move to change the status quo by force as a challenge to the international order and peace.

He also vowed to ensure a return to normal life after antivirus curbs and bolster steps to mitigate the impact of rising crude oil and other prices.

The party convention came as the Democratic Party for the People, an opposition party, has apparently been warming to the LDP, a potential sign of a change in the political landscape.

In its campaign policy approved Sunday, the LDP said it will “proactively promote policy dialogue with Rengo and other friendly labor unions,” specifically mentioning the Japanese Trade Union Confederation, which has been a major source of support for the opposition bloc, including the DPP.

Kishida has placed priority on wealth distribution through wage hikes, a stance shared by Rengo. “I hope to see aggressive pay hikes in ‘shunto’ wage negotiations,” he said, adding that raising pay is not a cost but an investment in the future.

The upper house election this summer is a key test for Kishida as LDP president and thus prime minister, as voters deliver a verdict on his handling of the COVID-19 pandemic and the economy, hit by anti-virus curbs and the war in Ukraine.

“The stage is set for cooperation in the House of Councillors election. We will look at the situation in each constituency and seek substantive cooperation that will produce results,” Komeito chief Natsuo Yamaguchi said.

“I’m confident there is no alternative to the LDP-Komeito coalition,” he added.

In the run-up to the convention, Kishida met with Yamaguchi to confirm the strength of the coalition heading into the key election.

The meeting came after the DPP, in a rare move by an opposition party, approved a draft budget for the business year from April in the powerful House of Representatives, as leader Yuichiro Tamaki said he had gotten assurances from Kishida that the government would consider freeing up a trigger clause, which would reduce gasoline taxes when crude oil prices soar.

Surging fuel costs and rising food prices are feared to cool consumer sentiment, dealing a blow to the economy. Some ruling party lawmakers are calling for additional stimulus to support the economy ahead of the election.

Yamaguchi on Saturday called for freeing up of the trigger clause and stressed the need to consider further economy-boosting measures.

The LDP formally endorsed limiting the number of one-year terms that its secretary general and other senior executives can consecutively serve to three, in line with Kishida’s promise during his campaign for LDP president to reform the ruling party and give new, younger faces the chance to take these posts.

When Kishida revealed the plan just as he announced his candidacy, it caused a stir in the LDP. He was then seen as taking aim at Toshihiro Nikai, a kingmaker who became the longest-serving secretary general after serving over five years under Shinzo Abe and Yoshihide Suga.

“We need to show that the LDP can change as Japan needs to change,” Kishida said. 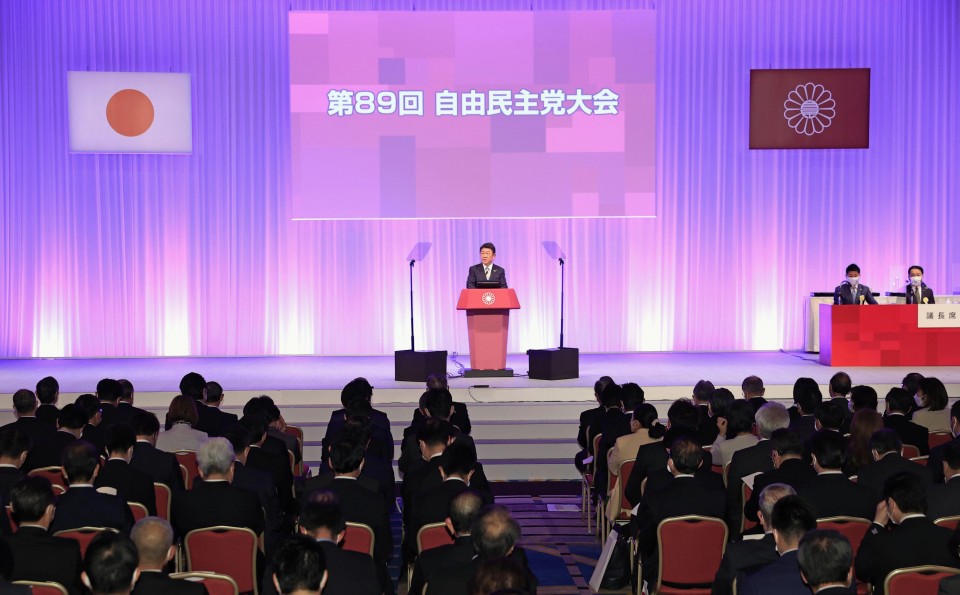