The Jamaican former Miss World turned senior MP accused of snubbing the Duchess of Cambridge at the start of the royal tour today insisted she has ‘nothing but respect’ for Kate and has ‘no quarrel’ with her or Britain.

But Lisa Hanna, 46, one of the most influential republican voices on the Caribbean island, used this clarification to launch a blistering attack on Prince William, accusing him of failing to show ‘courage’ by not apologising for the slave trade.

The former beauty queen, who won Miss World in 1993, went viral in a clip that appeared to show her giving Kate, 40, the cold shoulder during an official event welcoming the Cambridges to the country.

Speaking about the incident, Ms Hanna declared the alleged snub was due to a ‘manipulated clip’, adding: ‘I have nothing but respect for Catherine as a person, and I treated her with that respect and cordiality, as evidenced by many other photos and videos of our interaction. I do not have any quarrel with the duchess herself, the people of the United Kingdom or the government’.

Ms Hanna is a member of the opposition People’s National Party, which is committed to removing the Queen as head of state and wants to lobby Britain for reparations, declaring that the ‘wealth gained by the institution of the monarchy’ from slavery will not be forgotten.

Writing for left-wing Guardian newspaper in the UK, she criticised Prince William’s humble address last night where he called Britain’s history of slavery an ‘appalling atrocity’ and a ‘stain on our history’ – echoing his father’s words about the ‘unimaginable suffering’ it caused – but he stopped short of saying sorry.

Ms Hanna said: ‘Condemning slavery with no action, as both Prince Charles and Prince William did, is not particularly bold, nor does it show courage. I would hope that this rhetoric is a start and not an end to their journey on the issue of reparations and justice’.

She went on: ‘I am heartened that Barbados and now Jamaica are taking steps towards becoming truly independent by removing the Queen as head of state and becoming republics. However, this is just a step, and we must not rest on our laurels Our friends in the United Kingdom should be under no illusion that because these moves have been made, that the journey to justice is now complete. Far from it’.

Continuing her demand for reparations from the UK she said: ‘The evils of slavery cannot be forgotten. Nor can the wealth gained from it by a few – including the wealth gained by the institution of the monarchy – be forgotten. Indeed, the Duke and Duchess of Cambridge have a unique opportunity to define their own issues and advocacy. It is my hope that this Caribbean visit will stir their emotions and their thoughts, and that as they ascend they will refine the monarchy’s perspective with an eye toward building a fairer and more just global society’. 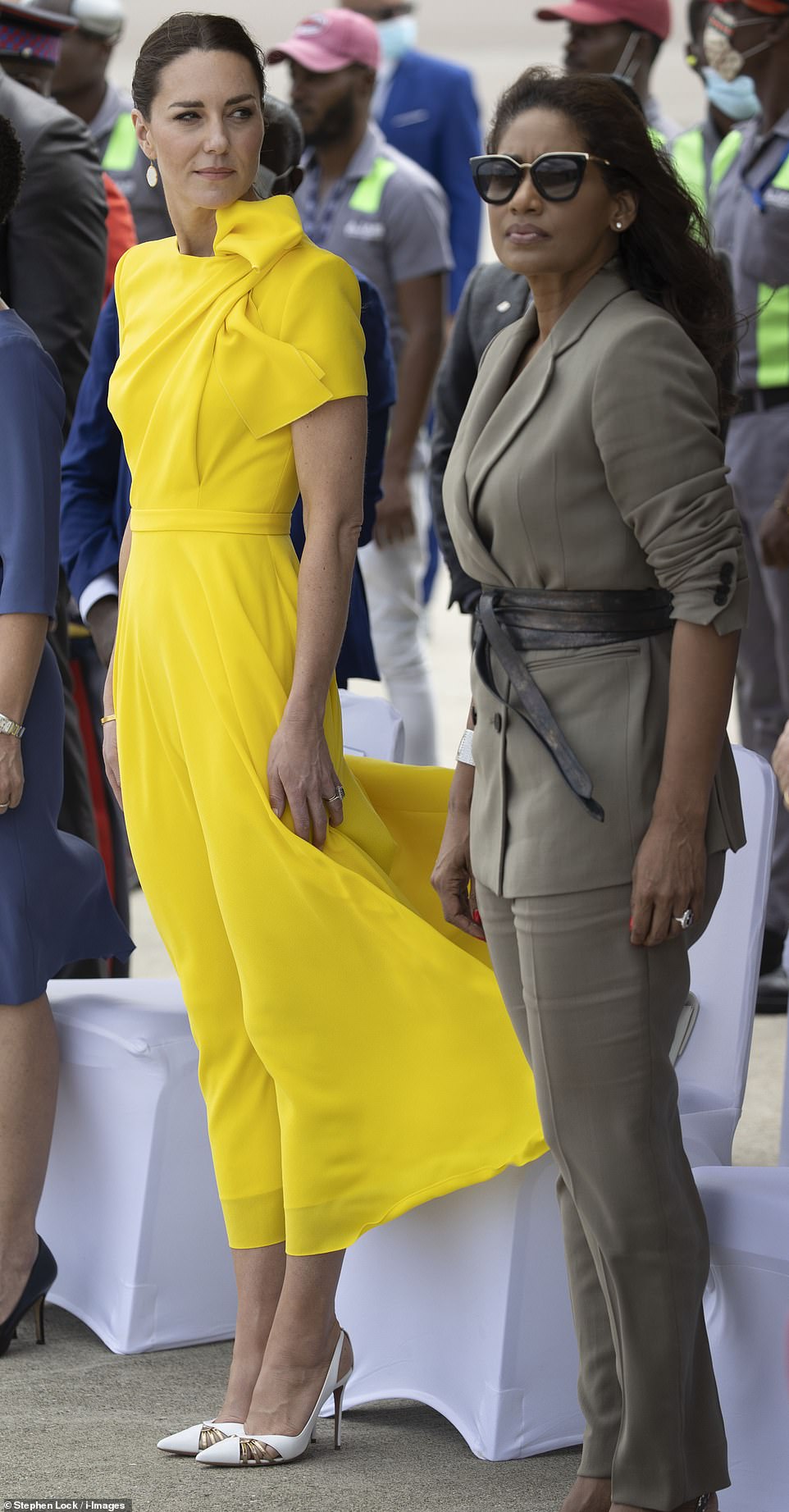 Awkward arrival: The Duchess of Cambridge appeared to be given the cold shoulder in an awkward exchange with former Miss World Lisa Hanna (right), now a politician with the People’s National Party. Ms Hanna today denied it and said she had the utmost respect for Kate before laying into Prince William’s lack of courage to apologise for the slave trade 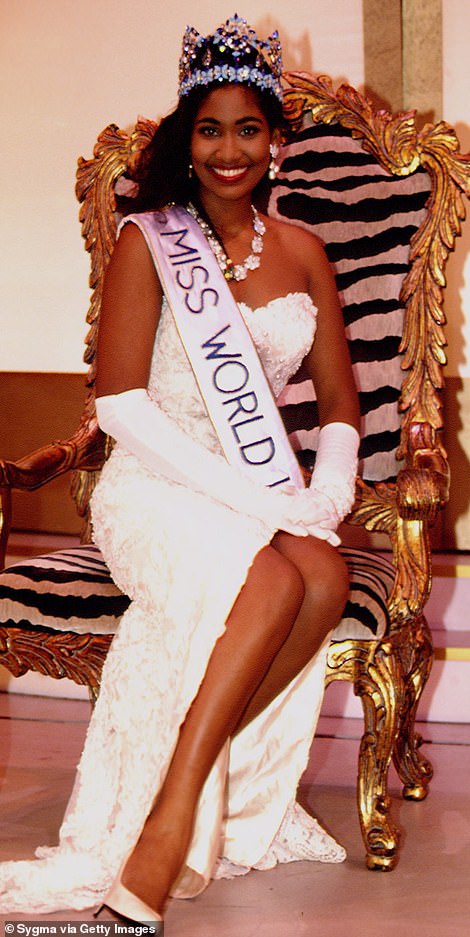 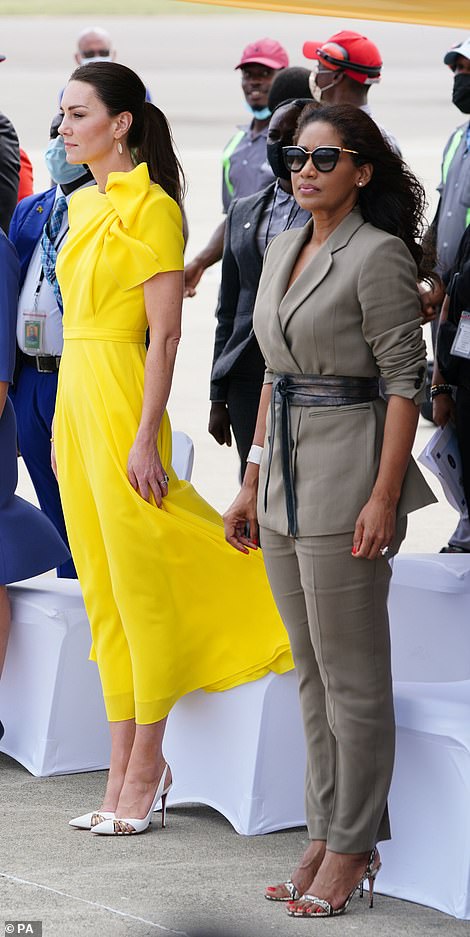 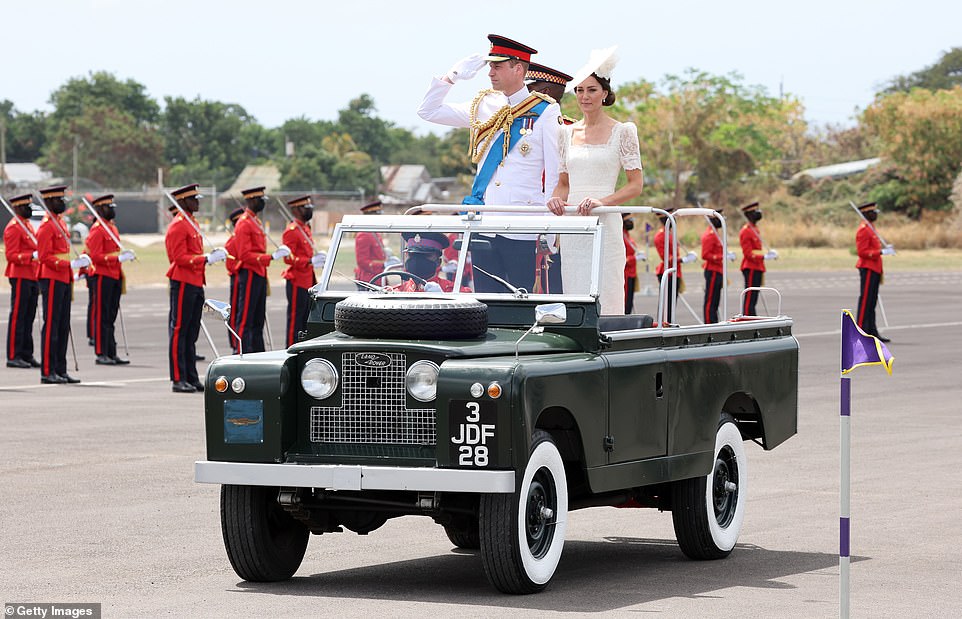 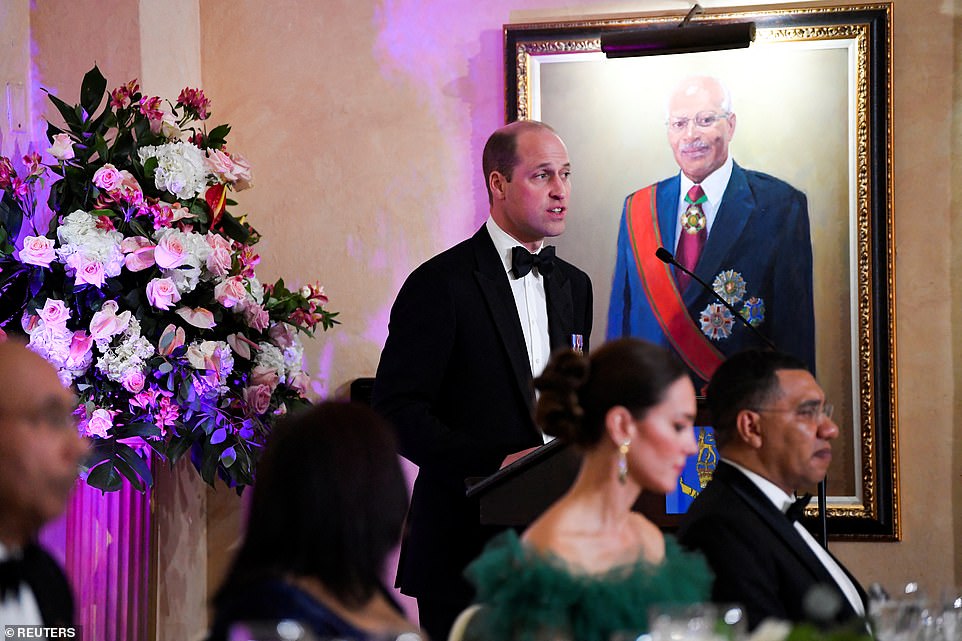 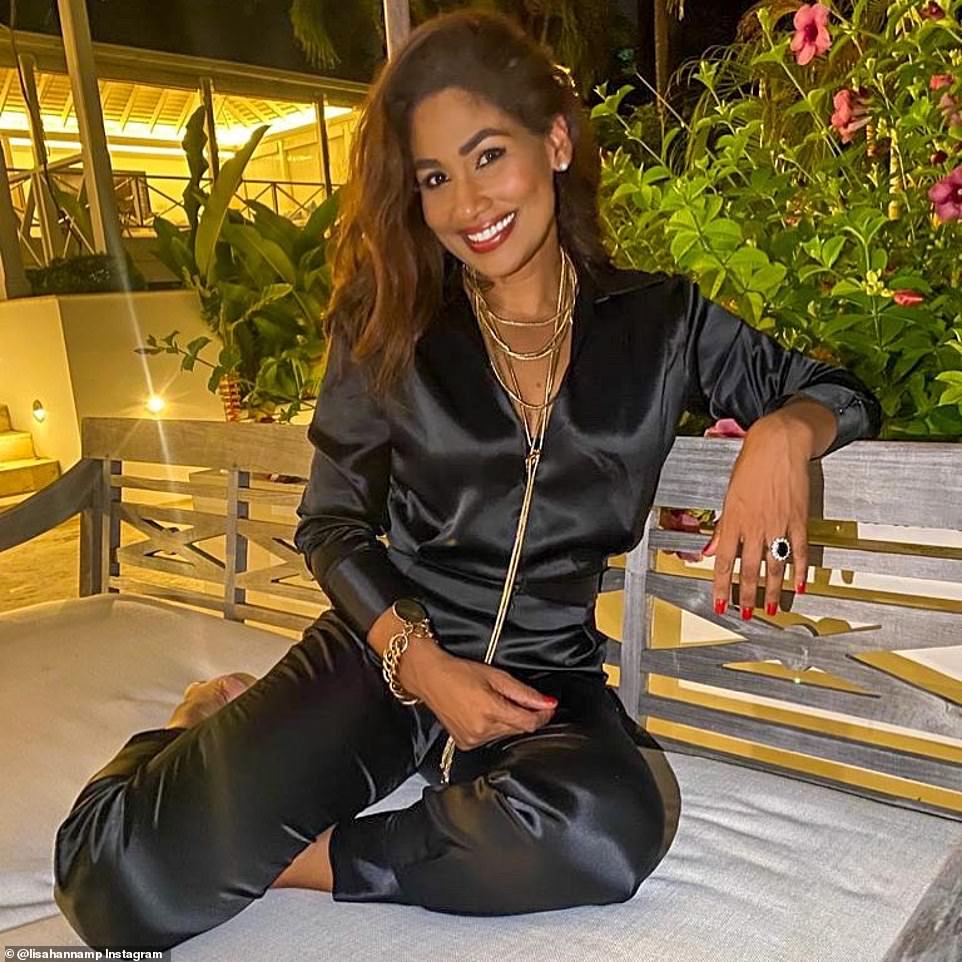 The glamorous mother-of-one – whose ex-husband is a close friend of former US Presidential candidate Ted Cruz – is one of the country’s most recognisable political figures and ran in the party’s most recent leadership contest.

Jamaica’s press has been as divided in its coverage over Kate and William’s historic tour of the Caribbean as people have been on the ground as the royal visit reignites a public row over Britain’s imperial legacy and calls for independence.

Anti-monarchy protesters demanded apologies from the British state and reparations for slavery even as the Duke and Duchess of Cambridge landed in Kingston yesterday.

Some want the Duke of Cambridge to apologise and it is understood that the future King will publicly address the issue of slavery in a keynote speech tonight as they were accused of benefitting from the ‘blood, tears and sweat’ of slaves.

Jamaican politicians are now pushing for the country to become a republic within two years with a referendum being held before the end of 2022.

But while the questions of the island’s links to the British monarchy continue, William and Kate appeared to be welcomed by many as friends, with mass hysteria witnessed in the Kingston neighbourhood of Trench Town as locals chanted: ‘We love you!’.

And the Jamaican media are also split over the issue, with the Jamaica Observer leading with headlines: ‘Cheers and jeers for Duke and Duchess of Cambridge’, ‘Trench Town rock’, and an interview with a republican activist – while The Star says the couple have been ‘embraced’ by locals through ‘love and love alone’ and The Gleaner highlights what it calls their ‘Royal rebuff’.

Still she remains an influential and popular figure, boasting 469,000 followers on Instagram, where she updates constituents with her latest political initiatives, fitness regimes and personal accomplishments.

The former model used the platform to set the record state on her conversation with Kate, explaining they had a ‘pleasant’ conversation but still intends to discuss issues including divorcing the monarchy in ‘private’.

The Duke of Cambridge spoke out about slavery at the end of he and Kate’s visit to Jamaica, where they were greeted like rock stars by the vast majority of the public but politicians used their presence to push forward their own campaign for a 2022 referendum to remove the Queen as head of state.

Supported by his wife, last night William chose to tackle Britain’s history of slavery head-on in a major speech, echoing his father’s words about the ‘unimaginable suffering’ it caused, in an intervention that will be viewed as a landmark moment for a British royal sent to the island by his grandmother.

But despite his condemnation of the ‘abhorrent’ trade in humans, abolished after 200 years by Britain in 1807, some Jamaicans do not believe he went far enough.

The second in line to the throne told a dinner in Kingston: ‘I strongly agree with my father, The Prince of Wales, who said in Barbados last year that the appalling atrocity of slavery forever stains our history. I want to express my profound sorrow. Slavery was abhorrent. And it should never have happened. ‘

The Jamaican government and their supporters are said to be ‘incredibly disappointed’ the Duke of Cambridge did not say ‘the word sorry’, an insider on the Queen’s fourth largest realm has claimed. Omar Ryan, Centre for Reparation Research at the University of West Indies, also said William should have gone further in the speech: ‘That is a statement of regret – but he is not admitting their role in the enslavement of African and Caribbean people’.