Motel owner Cody Currin placed a call to The Smoky Mountain News on Feb. 15, around six hours after unsubstantiated reports of an incident began circulating, saying his wife Catherine Bryanna “Kitty” Currin’s “demons had gotten the best of her,” and that he wanted to clear up rumors that had spread through this small community in the immediate aftermath.

Cody later declined to participate in an interview about his wife’s death, which wouldn’t likely have drawn much attention but for the couple’s highly visible — and highly controversial — advocacy for police reform and unsheltered persons over the past two years.

Now, as some on social media point fingers, others gloat over the death of someone with whom they disagreed politically, leaving a community waiting for answers. 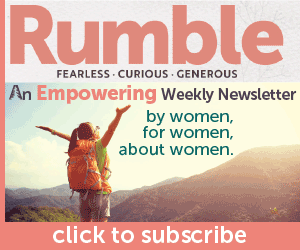 The story goes back to 2016, when Cody acquired the Applecover Inn after being badly burned by a campfire there a few years prior.

The court found that a negligence lawsuit against the owners of the inn was properly served, but the owners never responded to the suit, so a default judgement of $1.5 million was entered on behalf of Cody, who took possession of the inn as satisfaction of the judgement.

Kitty and Cody soon moved in and began operating the rebranded Our Place Inn, but the couple first garnered notice in October 2019 when they established a “little free pantry” on the property.

Basically a walk-in shed, the pantry was stocked with canned goods, non-perishables like rice and pasta, and occasionally fresh vegetables as well as clothing for the needy.

“It’s a small rural town, but because it’s a vacation town there’s a really big wealth inequality gap. We have people that have their second vacation homes here, and we have people that don’t have a home but live here full time,” Kitty told The Smoky Mountain News at the time.

That pantry caught the eye of neighbors, as well as Maggie Valley town government, because it didn’t meet town ordinances for such a structure. Eventually, it was removed from the property in favor of a large travel trailer, however the Currins said they still felt they were being harassed due to their status as young people and newcomers to this tight-knit, tourism-driven community.

The next year, while the nation grappled with the Coronavirus Pandemic as well as the Black Lives Matter movement following the murder of Minneapolis resident George Floyd at the hands of police, the Currins were at the center of controversy when they played a role in not one but two separate marches through the heart of Maggie Valley.

The first, on July 18, 2020, nearly turned violent, but not due to the actions of the 30 or so demonstrators who showed up in support of BLM; hundreds of counterdemonstrators got wind of the action and lined Soco Road along the planned route of the march, waving “Trump 2020” signs, hurling racial slurs, spitting on marchers and threatening local media.

The few Maggie Valley police officers in attendance were clearly overmatched, and throughout the day officers from the Town of Waynesville as well as Haywood County sheriff’s deputies trickled onto on the scene, trying to help keep the peace — and succeeding.

However, counterdemonstrators weren’t prevented from clogging the parking lot of town hall, from whence the march had commenced. When the march concluded, dozens of angry counterdemonstrators were waiting for the marchers to return and confronted them over several hours, leading to ugly exchanges and law enforcement officers standing between the two groups to prevent physical contact.

Representatives from the march said that due to the visceral reaction they’d provoked, they’d be back again in the coming weeks, prompting an outcry from merchants who complained that the march had disrupted commerce and cast the town in a negative light.

Maggie Valley government responded to the harrowing events of July 18 by holding a special meeting on July 30, during which Mayor Mike Eveland said that the march was “chaotic and grossly confrontational.”

A series of unconstitutional measures proposed by members of the public — meant to tamp down on protests — were rejected by town attorney Craig Justus. Several public safety-oriented restrictions were enacted by unanimous vote of the board of aldermen restricting the size, shape and materials that can be used for signs and flagpoles.

Kitty Currin walked into the special meeting and lauded the police, telling aldermen that police “ … need tools to keep the peace, and this [restriction] is a tool to help them keep the peace.”

The second march, which took place two days after the town meeting, was bigger and louder than the previous march, but was far less chaotic and confrontational because one lane on Soco Road was closed to traffic, providing more distance between opposing camps.

The Currins’ motel served as an unofficial base for pro-BLM demonstrators during both events. No arrests or injuries were observed during either protest; however, it wouldn’t be long before Kitty went from lauding law enforcement in a town meeting to loathing them in an even more tangible way.

Almost a year later, the Currins found themselves at the center of a bigger controversy when in early May they used the marquee out in front of their business to advance a vulgar, sweeping generalization of law enforcement officers — the acronym “ACAB.”

“ACAB, referring to the slogan ‘All Cops Are Bastards,’” Kitty told National Public Radio on May 29, 2021. “Do I believe that every single individual cop as a person is a bastard? I don’t believe in judging the individuals themselves. They might be perfectly fine individuals, but once they put on that uniform, they’re not just an individual. They are representative of a system that is faulty.”

“When one police officer abuses authority or misuses the trust of the community and a 99 other police officers don’t stick up or say anything about it, then in my opinion, all 100 are responsible for the misuse of authority,” he said.

The marquee message came at a time when a national conversation over police reform was taking place, but some in the community thought it was a step too far; it prompted outrage across Haywood County as well as messages of support for law enforcement on business marquees in Canton, Clyde and Waynesville, as well as in the valley.

It also prompted violent threats to the Currins’ personal and professional social media accounts, including one in particular that Kitty shared with The Smoky Mountain News at the time:

You’re f—-ing dead. I see that you posted ‘ACAB’ on your advertising billboard. Well, I for one hope you have someone rob you at gunpoint, rape your women, beat the hell out of any kids you have and then shoot your idiot ass and not one of those police ‘bastards’ you hate does a thing to protect your sorry ass.

After receiving an anonymous tip, the Federal Bureau of Investigation’s Charlotte field office visited the Currins to discuss the threats, out of an abundance of caution.

In response to the sign, a large and peaceful “Back the Blue” picnic was held by private parties in a public park just a few weeks after the message first appeared, and just a few hundred feet from the Our Place Inn.

At the same time, the Currins held a small, uneventful gathering of their own at Our Place Inn.

The “ACAB” message on the Currins’ motel, and…