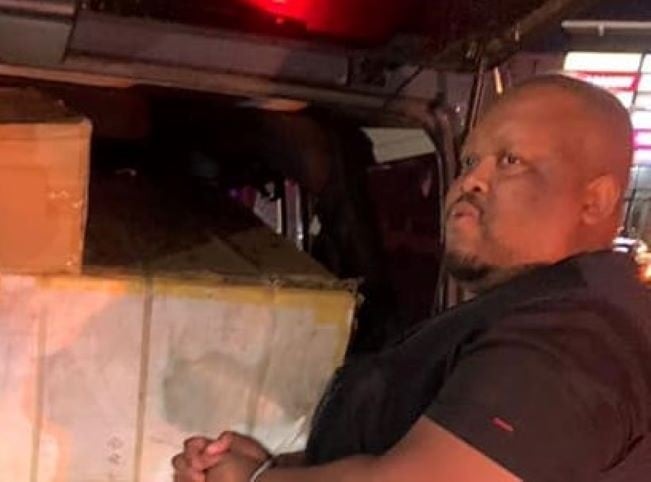 According to IOL, Umhlanga police arrested him for allegedly looting a washing machine, a bar stool, alcohol and braai accessories during recent unrest in KwaZulu-Natal.

But Sithole says that he has the receipts to prove that he bought the items.

In a statement, the Ubuntu Wealth Management board said Sithole was suspended with immediate effect, pending the outcome of his criminal case and an independent investigation into allegations against him.

The company’s COO, Mmangaliso Nxumalo, said the board met on Wednesday to “deliberate on the events which unfolded in Umhlanga, eThekwini in KZN on Tuesday”, which led to Sithole’s arrest. “Once the board receives all facts to his case and [has] studied the findings, the board will take the recommended disciplinary action against the chief executive (or anyone else) as required,” Nxumalo said on behalf of the board.

He added that the board would institute the disciplinary action so that the matter can be resolved swiftly.

“This remains a matter of utmost concern to the board. The board wishes to assure all stakeholders and the public that this matter is receiving all the attention it deserves. However, the board is also at pains to ensure that due process is followed at all times.”

But Sithole denied that he was part of the mass looting.

“I moved into a new place beginning of July. I was buying my furniture… and they just flipped this whole thing on me.

“I was moving furniture [on Tuesday] to my place and I’ve got all my receipts,” he told News24 on Friday.

He said he was arrested on Tuesday night and charged with possession of suspected stolen goods.

“The cop said if I bring the receipts, then they will give me all my stuff back,” he said.

Meanwhile, the board is expected to meet again on Saturday to deliberate further.

There have been incidents of widespread looting and unrest in parts of KwaZulu-Natal and Gauteng, believed to have been instigated by calls to free former president Jacob Zuma from prison.

At least 72 people died in the unrest and more than 1 200 people were arrested in connection with mass looting as of Tuesday night.

Zuma is serving a 15-month jail sentence for contempt of a Constitutional Court order that compelled him to appear before the Zondo Commission to give state capture-related evidence.