Gross domestic product per capita or GDP per capita is a financial measure that calculates an economic output per person by dividing its GDP by its population. Per capita GDP is a worldwide metric for assessing a country’s prosperity based on its economic growth. Economists use it to assess a country’s prosperity. There are several methods for determining a country’s wealth and prosperity. Because its components are frequently recorded on a worldwide scale, per capita GDP is the most universal because it is easy to calculate and utilize. Another metric of global wealth is the income per capita, albeit it is less widely used.

If you want to know more about calculating gross domestic product – check out https://calconcalculator.com/finance/gdp-calculator-gross-domestic-product/. 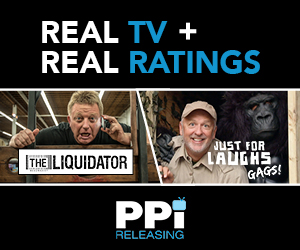 How to calculate GDP per capita?

The formula is to divide GDP by population. You may use standard “nominal” GDP divided by the present population if you’re looking at only one moment in time in one country. The term “nominal” refers to GDP per capita calculated in current dollars. When comparing GDP per capita between nations, a statistic known as purchasing power parity must be used. It achieves economic parity by comparing a basket of similar commodities. It’s a sophisticated method that has influence on the worth of a country’s currency based on what it can purchase in that country rather than its exchange rate value.

Why is GDP per capita important?

The Gross Domestic Product (GDP) is a frequently used indicator of an economy’s output or production. It is the entire value of products and services produced inside a country’s boundaries in a certain period, such as monthly, quarterly, or yearly. GDP is a good measure of an economy’s size, and the GDP growth rate is perhaps the best predictor of economic growth, while GDP per capita has a strong link to the trend in living standards over time.

The national income and product accounts or the NIPA, which are used to calculate GDP, allow economists, and businesses to examine the effects of monetary and fiscal policy, economic shocks like a spike in the price of oil, and tax and spending plans on specific subsets of an economy as well as the overall economy.

The entire amount of money that is earned by a nation’s population and enterprises is known as Gross National Income or GNI. It’s used to track and assess a country’s wealth from year to year. The figure covers the country’s gross domestic product (GDP) and revenue from foreign sources.

GDP or Gross Domestic Product, is the measure of the total value of all products and services generated in a country during a given time period, generally a year. GNI is a more accurate measure for some countries than gross domestic product (GDP) when assessing and tracking a country’s wealth. The Bureau of Economic Affairs or BEA of the United States monitors GDP to assess the economy’s health year after year. The two figures do not differ considerably. Finally, gross national product or GNP is a comprehensive measure of all economic activity.

Our GDP per capita calculator is a tool for calculating a country’s Gross Domestic Product per population unit. If you continue reading, you may discover how to compute GDP per capita and become familiar with the real GDP per capita definition.